Kylie O’Hanlon from our Sydney Office sat down with visionary and uber talented designer Dylan Farrell.

The title of this article probably gives it away, but that is how I would sum up one of our favourite clients: Mr Dylan Farrell.

Dylan has been internationally recognised as a leader in applied arts for many years, but he started carving out his independent career here in Sydney, when he swapped the concrete jungle of New York for our sunny shores around 7 years ago. With his wonderful wife and business partner, Nicolette, by his side, Dylan Farrell Design has been going from strength to strength with his beautiful, quirky, yet technical services within the boutique residential sector.

A particular project that Dylan describes to me as “off-the-chain” is a stunning mountainside Australiana cottage. Outfitted with museum quality antiquities, stunning mid-century modern finds, and tons of taxidermy – yes taxidermy – for a country feel, which Dylan further describes as a “boutique box for a fantastically curious client”.

Such projects, Dylan believes will assist in redefining decorative interior architecture here in Australia – a bold statement which his confidence and passion for his work certainly reinforces. Dylan’s approach to interior design is self-described as a “narrative style” of design: a “nebulous, detail-driven approach that each time creates a space or object that best exemplifies and reflects the persons who live with or within it.”

I was fortunate to steal a moment amidst his hectic schedule for a quick chat at Dylan’s Darlinghurst studio, which he at the time of the interview was packing up to move to a new place on William Street in Paddington. 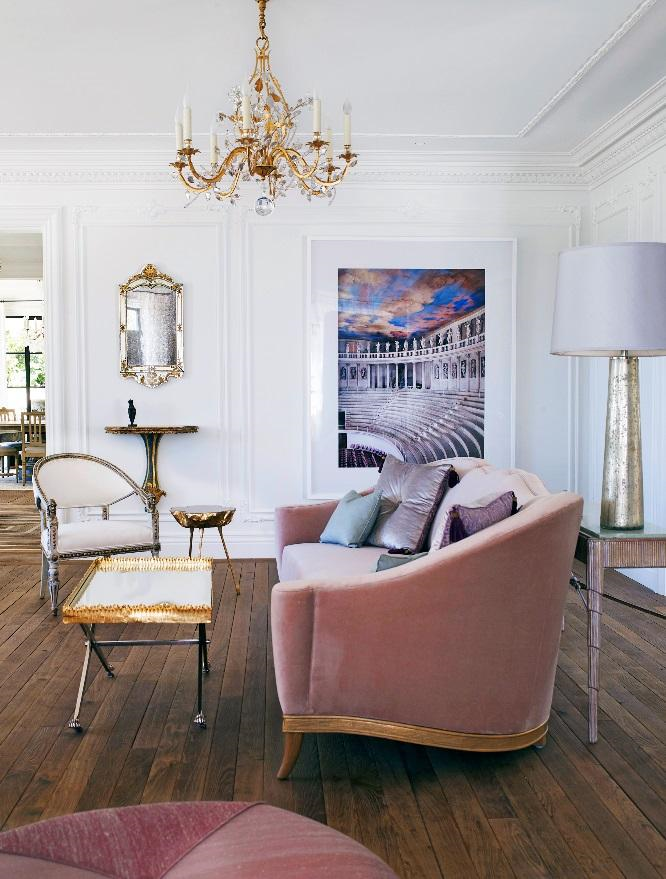 1.First things first – what was your first job in the industry?

“I worked for my father back in New York – he’s an Architect by qualification, but in practice he was an interior designer. We worked on residential, American-style housing. Think colonial revival sort of stuff. There was also some commercial fit-out work for a company called Intelligent Office, which is basically sort of like WeWork here in Australia – collaborative co-working and office spaces.”

I had to follow-up considering what projects Dylan does now: did you enjoy it?

“No,” he laughs, “Don’t get me wrong: I enjoyed being with my father very much, but the thing is that I was young and ignorant, and he was older and stubborn. You can fill in the gaps. I was 17 years old when I started working.”

2. Advice for someone starting out?

“Find a different career? – I’m joking! I love what I do. I would say just don’t delude yourself with the idea that you will be constantly doing artistic things, or if you want to be constantly working on creative projects than you need to go in with the expectation that you won’t have tremendous salary advancement.

Look at this way: you could be a decorator for the rest of your life, picking fabrics, sipping cappuccinos, and your salary will probably cap out at around $75 to $80k at your most senior. Unless you start bringing in or running clients. And then you’re moving away from the creative side of things and into business, so are you really where you want to be?

3. What are the key traits you look for when hiring staff?

“Flexibility and personality would be the first things I look at. You need to find people that are nice to be around, and  have a malleable view of what good design is about, because I find that there is no one right way of looking at a problem.” 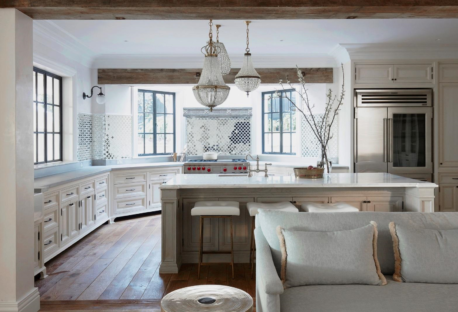 4. What is your least favourite design style?

5. It’s getting close to lunch – so have to ask what is your favourite food?

“Sushi provided its relatively high-grade; if it is raw, it should be the good stuff. But if I’m going medium-fair, it’s Italian. Italian on a low budget, Sushi on a high budget!”

So where is your favourite place in Sydney to eat?

“Well I’ve never had a bad meal at Porteño in Surry Hills.”

7. And where is your favourite place to hang out?

“Well, now it’s home! I have kids, a 1 year old and a 3 year old … but pre-kids, my haunts would be close to where I worked: so when I was based in Redfern, I liked Arcadia, it was the closest pub. And now its Love, Tilly Devine wine bar and 10 William Street. Living in Lilyfield now, I have also taken to solitary time on the occasional night, with a nip of wine, in the wonderfully beautiful Callan Park, where it is so isolated and quiet that the city lie is down out for a moment. 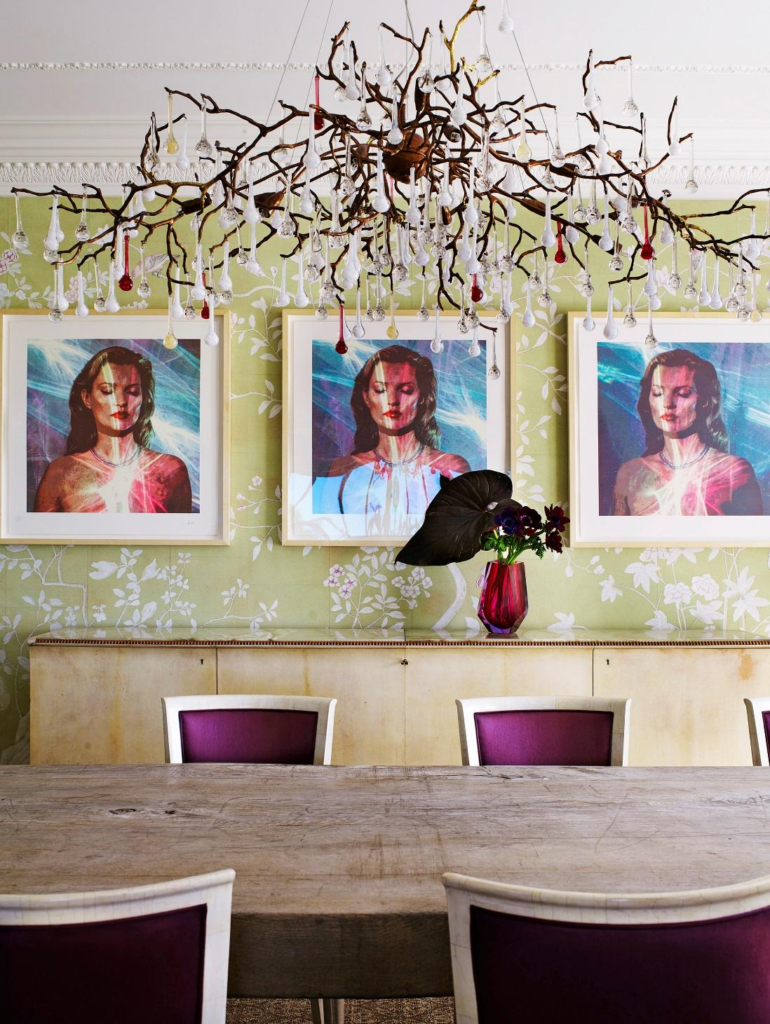 8. Alright – back to design – do you have any industry gripes?

“I could ramble on for hours – but I’m going to make this concise!

There are too many hobbyists who aren’t willing to suffer to improve their trade and delivery.  They create too much traffic which distracts from the people who have ambitious ideas and executions. This goes for all the arts in general.

You cannot fake your way through being a doctor or engineer or trapeze artist – but somehow it becomes possible to fake your way into a career in the arts if you know the right people. And this is unfortunate.

When the time comes to deliver real results, hobbyists have to depend on trained and devoted practitioners to know what they are doing. This work – the behind-the-scenes, no glory work – is what actually makes for a great project. These people then don’t get the recognition or the compensation that they deserve.

I absolutely cherish the clients who can see the difference between practitioners and hobbyists – I usually get along with those clients very well. And I equally respect and cherish employees or employment candidates who chose to be advanced practitioners rather than hobbyists.”

9. In three words – how would people describe you?

“Let’s ask the staff – I shouldn’t answer this – come on, let’s pressure them.”

One of the designers, Christie, takes the lead, “Honest … brutally… haha – also, what’s a word for endless energy?” 10. Who is your favourite designer?

“I am going to change this to most ‘admirable’ and say … Dagobert Peche. He isn’t necessarily my favourite but he is someone who did it right …”

11. Where do you think the market will do in the next 12 months?

12. What are you most excited about for your next 12 months?

“Opening up a new ‘by appointment shopfront’ office in Paddington, oh and also the soft launch of our furniture collection this year here in Australia, followed by a hard launch by mid-next year.

Also, I’m looking forward to having the workload calming down a little, the growth has been quite fast and pressured. I want to move into the next phase of tailoring the practice now that we are out of the gate, and at a healthy gallup! So also probably looking to find some new additions – if you’re flexible and have personality …”

“I’d start my career a little sooner. I didn’t start formally as an Interior Designer until I was about 28, now I am happy to say, I am 42. I loved what I was doing before – I started as a musician and a fine artist whilst teaching design and consulting to make ends meet. It was great to drift for some time, but I extended it a little too long.”

Thank you, Dylan for letting me (and everyone reading!) get to know you a little better. We hope the move to your new studio goes well and we look forward to seeing what happens next!